As part of an ongoing campus expansion, the Microsoft Studios development added four new office buildings (buildings 94, 95, 96, and 97), a commons/plaza area, and a large underground parking garage to the west of the original Redmond campus. Each building is of similar construction: a four-story concrete structure consisting of four L-shaped wings joined by a central atrium and connecting floors, with a partial basement located under one of the wings. Each building has large elevated slab floor plates, and its use of access flooring for air distribution is one of the most extensive applications anywhere. The five-story below-grade garage contains 5,000 stalls and is among the largest parking structures in the nation. To accommodate the project’s fast-track construction schedule, a phased approach to site design was used for the removal of several buildings, relocation of a city street, and design of site infrastructure in accordance with tight city regulations. 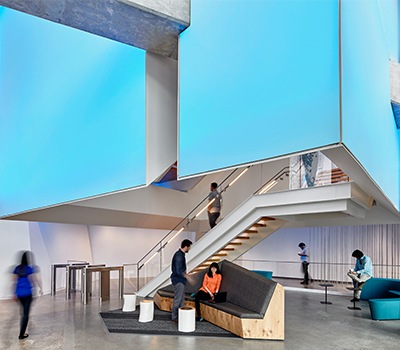 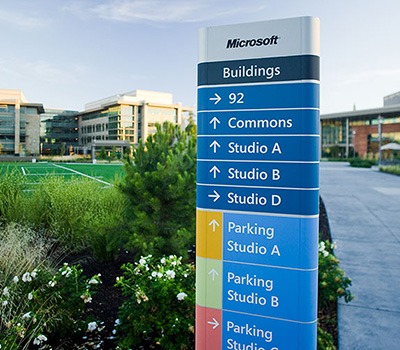 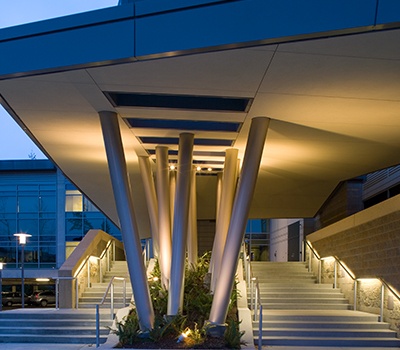