Before arriving at the ballfield, we took over Shawn O’Donnell’s for some pre-game hors d’oeuvres and drinks. (Shout-out to the Shawn O’Donnell’s serving staff who are always patient and accommodating of our sometimes chaotic crowd!) After fueling up, we made our way to the stadium where we watched the Mariners (unfortunately) lose to the Giants.

The highlight of our outing was the look on everyone’s face when they were offered grasshoppers from Poquitos at Edgar’s Cantina. Also called chapulines or saltamontes, these are a popular bar snack and a traditional cuisine of Mexico and Central America, and now, a staple concession item at Safeco Field. The chapulines at Safeco come directly from Oaxaca, Mexico where they are harvested each October, toasted and dried, and later infused with chili lime salt. You can follow their path from Oaxaca, Mexico to Safeco Field here.

It was another memorable Coughlin Porter Lundeen outing and beautiful Seattle summer night spent with friends and co-workers. Here are some of the moments we captured: 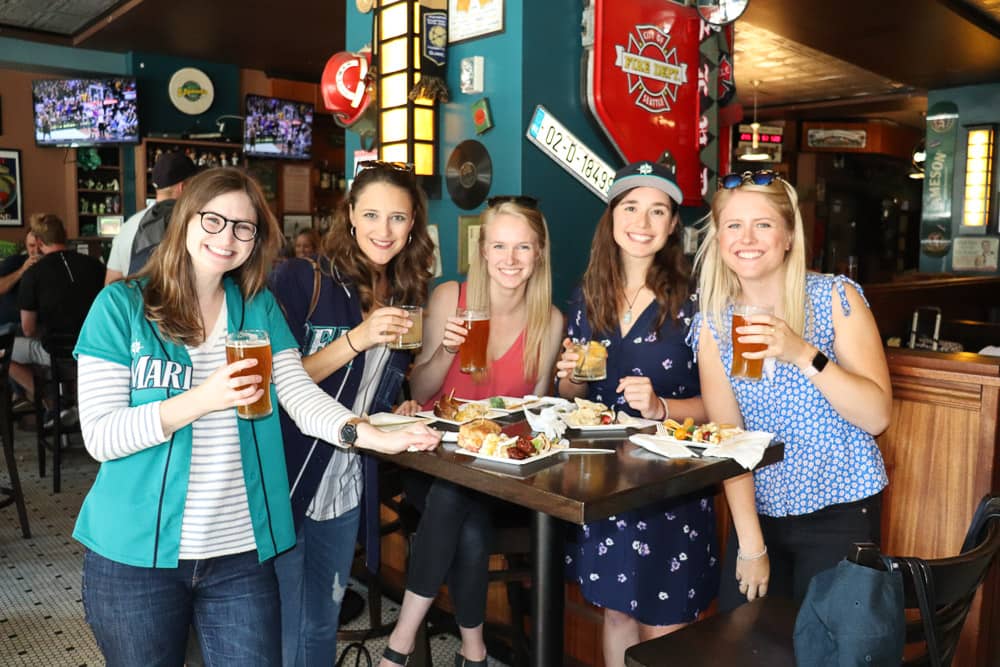